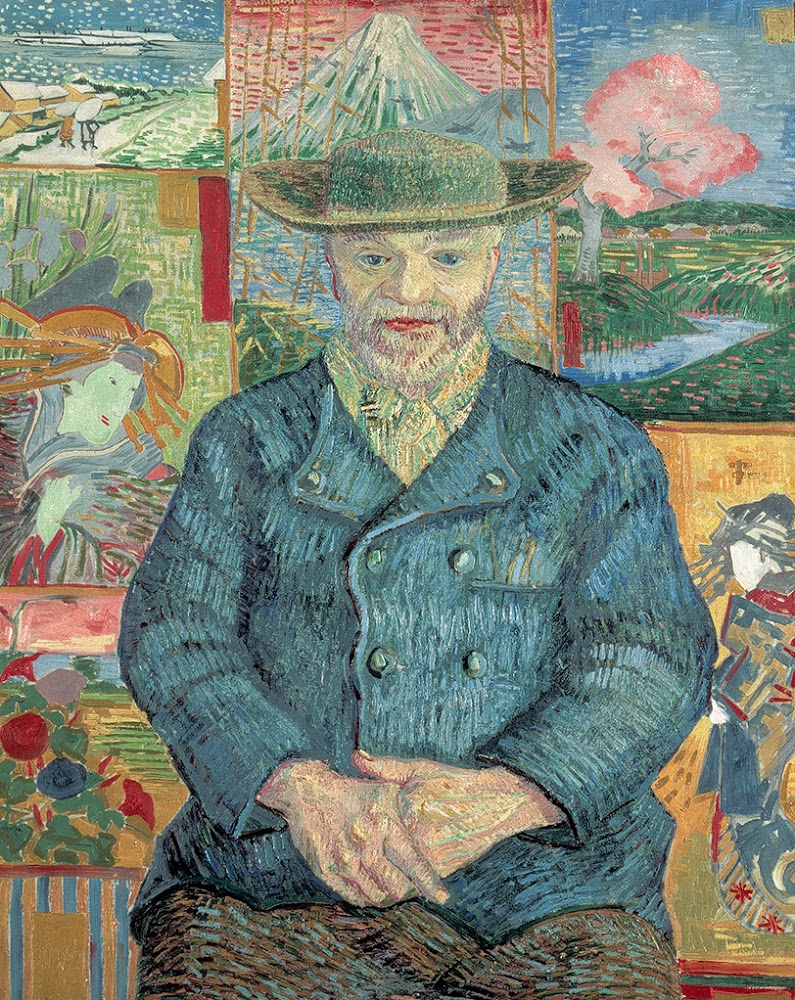 Vincent adopted these Japanese visual inventions in his own work. He liked the unusual spatial effects, the expanses of strong colour, the everyday objects and the attention to details from nature. And, of course, the exotic and joyful atmosphere.

Vincent did more than simply copy Japanese prints. He was influenced in part by his artist friend Émile Bernard, who developed new ideas about the direction of modern art. Taking Japanese prints as his example, Bernard stylised his own paintings. He used large areas of simple colours and bold outlines.

Inspired by Bernard, Vincent began to suppress the illusion of depth in favour of a flat surface. He combined this pursuit of flatness, however, with his characteristic swirling brushwork.

“After some time your vision changes, you see with a more Japanese eye, you feel colour differently. I’m also convinced that it’s precisely through a long stay here that I’ll bring out my personality.”

Vincent to his brother Theo from Arles, 5 June 1888

“All my work is based to some extent on Japanese art…”

Vincent bought his first stack of Japanese woodcuts in Antwerp and pinned them to the wall of his room. He described the city to his brother with these exotic images in mind.

My studio’s quite tolerable, mainly because I’ve pinned a set of Japanese prints on the walls that I find very diverting. You know, those little female figures in gardens or on the shore, horsemen, flowers, gnarled thorn branches.

Vincent to his brother Theo from Antwerp, 28 November 1885

And we wouldn’t be able to study Japanese art, it seems to me, without becoming much happier and more cheerful, and it makes us return to nature, despite our education and our work in a world of convention.

PS Perfection is not the aim, simply best efforts and sincerity, however do lend-a-hand and advise about duplicates, sloppiness etc at Errors and Omissions

Catch if you can